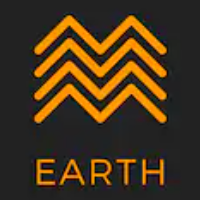 The element of Earth is attached to the signs Taurus, Virgo and Capricorn, and it also rules the Second, Sixth and Seventh Houses. All the earthy metaphors are appropriate here: salt of the Earth, feet firmly planted on the ground and so forth.

Those graced by an Earth sign in their horoscope are practical, grounded and dependable. These folks don’t take big risks; rather, they much prefer a sure thing. Much like the elements are considered the building blocks in nature, Earth signs are the builders of the zodiac. To these signs, creation is a tangible proposition. Whether it’s building jobs or a home, or creating comfortable rooms within that home through the acquisition of possessions, Earth signers are all about what is solid around us. Those influenced by this element feel best once they have accumulated a goodly number of worldly possessions. The risk inherent in this, however, is that these individuals may become greedy and far too materialistic. Earth Signs Astrology The element of Earth also confers a sense of duty, responsibility and reliability to those in its sphere. These are the people you can count on to be there when you need them. Those influenced by Earth also tend toward caution and conservatism, in both desire and approach. That said, they are sensualists, certainly in that they appreciate a good meal and fine wine better than anyone else. Earth Signs Zodiac The logical mind of an Earth Signer is always appreciated. In keeping with this measured approach, these folks also display considerable recuperative powers. On the flip side of things, however, those supported by Earth may be so caught up in their objectives that they might overlook the feelings of others. It is a big picture, after all, but these folks may be more concerned with the finish line than the journey they are taking. Earth signs are dependable, practical and conservative, yet fairly materialistic. They have their feet on the ground but their eyes on the prize.

Taurus: April 21 - May 21 - As fast and impulsive as Aries is, Taurus, the fixed earth sign next door, loves to wait. Taurus has endless patience and turns any planet in this sign into a solid, thorough force to be reckoned with. Taurus planets never quit — even when they probably should. They’re responsible, reliable, honest as they come, practical as the day is long, and not afraid of hard work. They are fixed, so their reputation for stubbornness isn’t accidental. However, the opposite side of the coin of stubborn is "solids — and that they are. Planets in Taurus are regular rocks, endowed with a "stick to-itiveness" that other planets envy. Since Taurus is ruled by Venus, it’s not surprising to find that these planets are sensual and luxury-loving, too. They love to be spoiled — whether with good food, fine wine, or a Renoir painting. Taurus planets need peace and quiet like no others do. They don’t like their schedules to be disrupted, and they often need to be reminded that comfortable habits can become ruts.

Virgo: August 24 - September 22 - This sign has had a bad rap for far too long. Virgo has been called picky and critical almost since the first astrologer, but here’s where it ends. Although it’s true that Virgo is an automatic fault-finder, Virgo is Mercury-ruled, like Gemini; and it is the sign with the keenest eye for details. When you’re that good at particulars, it’s natural to see tiny flaws in things. Your Virgo planet is a troubleshooter extraordinaire. It exercises discrimination because its job is to analyze and suggest remedies to problems. This sign is also wonderful at lists and schedules. More than anything, your Virgo planets will delight in helping, and since it’s a mutable earth sign, this energy is willing to adapt to any task. Keep your Virgo planet happy by keeping it busy.

Capricorn: December 22 - January 20 - Your Capricorn planet wants to build things. Saturn rules Capricorn, so this energy seeks to erect structures or buildings, and to create careers or start up an organization. These planets know how to run things. They’re authority figures constantly marching, shaking their fingers, and saying things like "Better not", "Shouldn’t", and "Let’s not rush into this". Capricorn has a need to exercise caution and discipline, to set down rules and live by them, to sec boundaries, and to put plans in motion from within those limits. Contrary to popular opinion, they’re not humorless. Capricorn is the sign with the driest wit out there. Here’s where your sense of propriety and tradition will be strong, where doing things the old-fashioned way and paying respect to the elders will be the only way to go. Your Capricorn planets are also starved in some way. They want a return for the time they invest.

More in this category: « Air Fire »
back to top